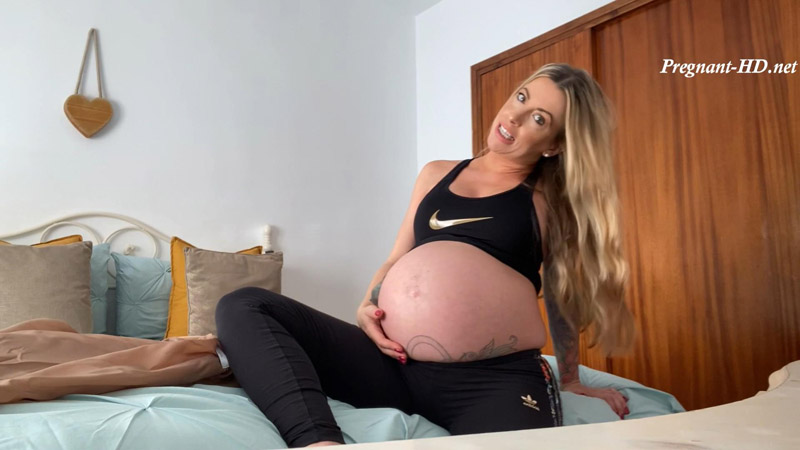 The Story Charlie is coming home from a cruise she was on for about 3 weeks. In the meantime one of her friends acted as house sitter (this could be an imaginary friend she talks to) who is stunned that Charlie wears a long trech coat at first. She tries to explain it with the climiate change as the cruise took place in the Carribeans and now she is afraid of getting a cold. But her friend isn’t buying it… so Charlie gets rid of her trench coat and reveals a gigantic food baby she got on the cruise… She has changed so much that her top is riding up and her jeans are as far unbuttoned and unzipped as it gets. Charlie’s friend is stunned so Charlie explains the whole story. As a matter of fact just before the opening of the all inclusive buffet on the 1st night on board a dancing squad was in action on board and all of the ladies on the squad had at least potbellies… which seemed to have a big attraction onto all the men around. This must have been an effect on all the women on board as pandemonium broke out once the buffet was opened… Even the ladies looking like they never eat more than one leaf of salad rushed to the buffet and consumed until none of the beautiful ladies on board was without a food baby/beer belly that night (In this part Charlie should talk about what she saw going on around her around her in a very detailed way etc.)… The longer the cruise went on the more relaxed the ladies became about that lifestyle so the ladies started eating contest, food contest, belly comparing contests and even burping contests… and she was a joyful part of that events. So that’s why she came home with her gut that just 3 weeks ago was a lean trim belly… and same went for all the other women on board who could have modeled for VS a few days ago. Charlie talks about how husbands, boyfriends etc. reacted when picking up their now potbellied/beerbellied wives/girlfirends/fiancees resp. how they reacted when the couples left the ship etc. Did the men mostly like the changes? Were there any statements of disgust? Of course Charlie is shocked about her belly as she is not in the environment of the cruise anymore, so what will her friends, co-workers ad relatives say about her new shape? And how much did she gain in total? Scared and excited about the results she gets a measuring tape and scale to get her numbers comparing it to the ones she had before. (If possible please state all measurements in centimeters and kilogramm as I’m continental European LOL/The after-cruise measurments should be her real measurements while the before-cruise ones should bet he ones she had before getting pregnant.) The weight and girth added is barely believable… and of course Charlie thinks about going on diet to get rid of her little extras… But She is still hungry! 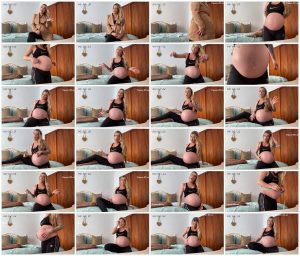 Heavily pregnant and no clothes fit me – The_Charlie_Z

Small cock isnt ever going to get this – The_Charlie_Z